Hopefully I’m not the only one who gets scared about the uncertainty of life sometimes, if I am then this will mostly be a self-help guide. However, my instinct tells me that actually a lot of us are scared a lot of the time.

As a (late) 20 something, these are just some of the fears I have floating about in my head on any given day…

So yes…I even worry about worrying! 🙂

I’m currently signed off work sick, which I’ve found to be really emotional. Usually my flare ups last a few days and then I’m ok again. Not this time. I’ve cried a LOT in the last 10 days, so this post is as a result of me spending time trying to work out why I’m so upset and how I can change that for the better.

I recently read about Atelophobia, which is a fear of imperfection – and the hallmark traits of someone with this phobia struck a chord with me. Here are some examples of behaviours people with this phobia demonstrate…

How many of us can relate to this?

I’m sure most of us feel like this occasionally but for me at least, these symptoms struck a chord that’s close to home.

Time for a short story to explain (just one of the ways) why….

When I took my boyfriend to NYC for the BIG 30, I had been planning it in secret for the best part of 6 months before I finally told him. I went full guns blazing with the big reveal in January; giant box, balloons, fake plane tickets – the works. He was really blown away and I was sure we were going to have the trip of a lifetime.

Fast forward to March when we were due to go and circumstances had changed quite dramatically. I’d lost two grandparents in the space of two weeks and the BF had been the most ill he’s ever been in his life. He’d been undergoing MRI brain scans, blood tests and just about every other examination you can imagine, leaving me feeling so worried for him that I considered cancelling the trip altogether.

In my head it changed from being this perfect experience for him which I had all mapped out in my mind, to actually dreading it. Dreading us both being ill, dreading the flight making his symptoms worse, all kinds of fears that it wouldn’t be what I hoped or what I felt he deserved. It made me not want to go at all.

In the end it was a wonderful break and we made the most of every day there by walking everywhere, spending quality time together and having fun. We weren’t out until the early hours having lavish cocktails on rooftop bars or sitting in soulful jazz clubs (like the picture in my head when I booked it) but I loved it all the same. Exploring a new city with him was so special, despite the personal hardships we faced.

It wasn’t the ‘perfect’ trip I had in my mind six months before, but because of all the sh*t that came before it, it actually made me even more grateful for the relationship I have and the way we can both lean on each other in times of need (get the sick bags out hey). 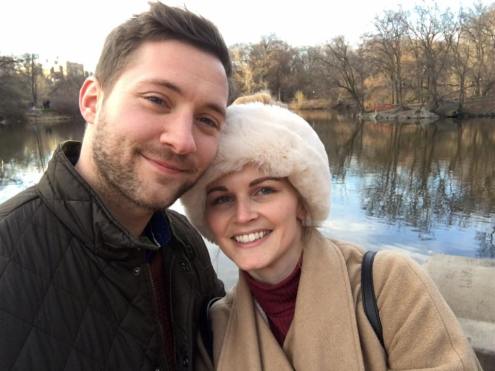 Whether it’s avoiding someone because you don’t want to be viewed negatively by saying the wrong thing, or avoiding social situations because you feel you’ll be judged for being imperfect…it’s got a new label but it’s certainly not a new feeling.

I now know that this is exactly what I’m doing to myself now that I’m having a flare, I’m punishing myself for not being a perfect picture of health 24/7, for not being able to always cope enmtionally with having a chronic illness and for feeling like my UC will stop me from doing the things I want to in the future. SO…..

I’d love to know if anyone else out there has faced fears of being imperfect, it would be interesting to know how many secret Atelophobics there are amongst us…